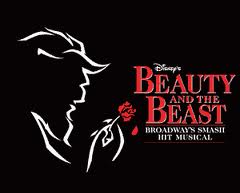 To celebrate Mother’s Day, my youngest daughter and I went on a mother-daughter date.  We saw the Broadway Musical Beauty and the Beast on tour. 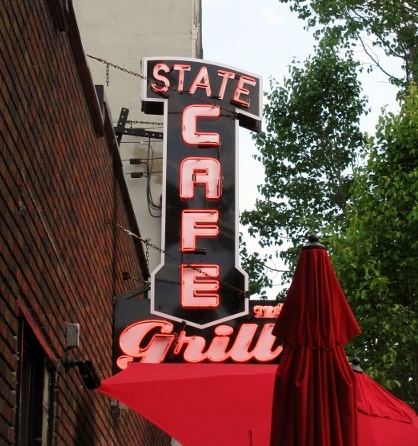 Prior to the show, we enjoyed a light dinner at the State Cafe & Grill.  I think my daughter enjoyed feeding bits of french fries to the birds that were flitting about on the sidewalk as much as she enjoyed her food.  Either way, she had fun.

Since I often write about food, and prepare food, and eat food, I’ll show you what I ate.  Crab salad with olive oil and lemon dressing.  When the waitress placed my plate on the table, I was a little disappointed.  It looked like a large salad with a little crab meat sprinkled on top.  However, when I started pushing things around with my fork, I discovered that there was an abundance of crab meat throughout the salad, not just on top, so I was happy again.  The tomatoes were not too flavorful, but overall, the salad was very good and the dressing tasted fresh and zesty.

As I was taking a picture of my entrée, my daughter requested that I take a picture of hers as well.  She had the boneless, barbecue chicken bites with french fries.  She said these were the best chicken “nuggets” ever.

Then she wanted to take a picture of her beverage, a soda, because it’s a rare treat.  Or maybe she is practicing to be a food photographer.  For whatever reason, she took this picture. 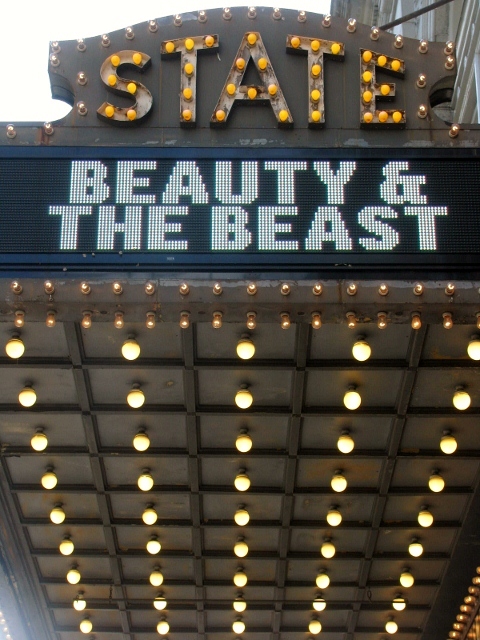 On to the show.  This production features the original team from the Tony-award-winning Broadway run.  It was a wonderful show.

A chandelier in the lobby. 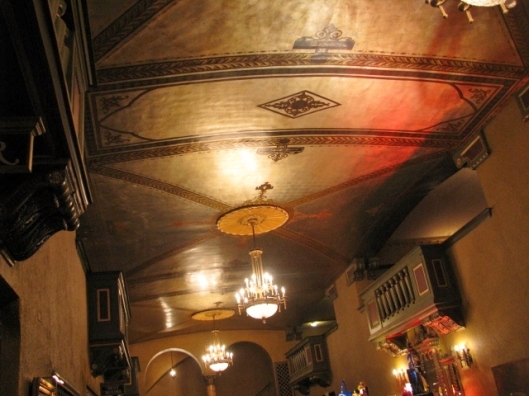 Lobby ceiling – just gorgeous!  Right after I snapped this photo, an usher approached me  and politely reminded me that there would be no photography during the show.  Which, of course, I already knew.  But we were in the lobby. Geesh!  However, having been called out with my camera, I felt guilty and put it away.  I should have just taken his picture and then continued shooting more in the lobby.  But I didn’t.

Photo courtesy of the State Theater

And the inside of the theater which was built in the early 1900s.  Opulent and grand.  It made me want to sit up straight.  Then I started wishing for opera glasses and a pearl, opera-length necklace.

Photos below are courtesy of Beauty and the Beast on Tour photographer, Joan Marcus.

The entire show was entertaining for all ages and a joy to watch.  The physical transformation of the Beast to the Prince in the final scene was truly magical.  You could hear people whispering, “How did they do that?”  I Googled to see if I could find the answer, but, alas, I still haven’t been able to figure it out.  Sometimes, you just have to believe in the magic!

“Those who don’t believe in magic will never find it.”  Roald Dahl

P.S.  Do you have a favorite musical, on or off Broadway?