I was searching for a photo of something else, and came across one of these pictures of “hats.”  And then I found another, and another.  Apparently, we have a “thing” for hats.

In Spanish, I’m a gato in a sombrero,” sang Dr. Seuss’s Cat in the Hat. 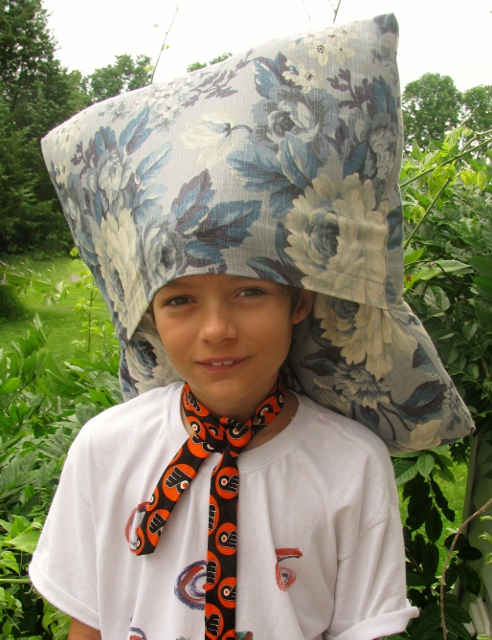 An over-sized mortarboard made from a pillow.  Wear this to guarantee that you will be noticed at graduation, with added cushioning should you fall over at a graduation party and land on your head. 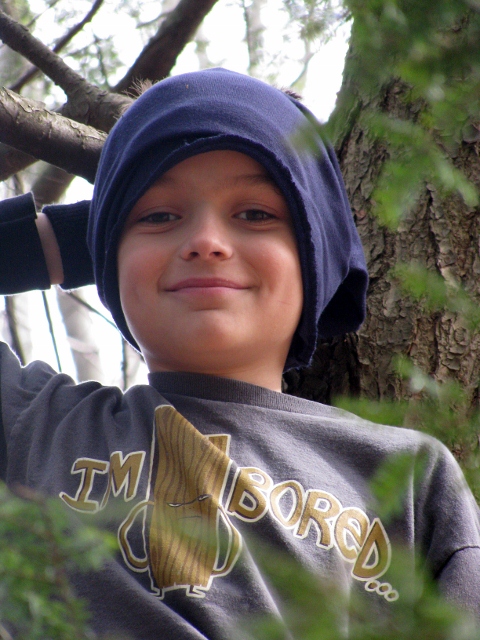 Is that a rag hat?  A hat band?  A head band?  A bandeau?  A turban?  The sleeve cut off of one of MacGyver’s old shirts? 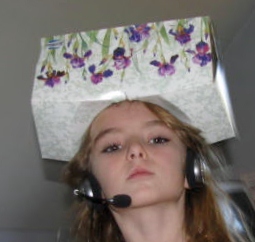 Here, we have the classic Tissue Box Hat (not to be confused with the hat box), worn over a headset. 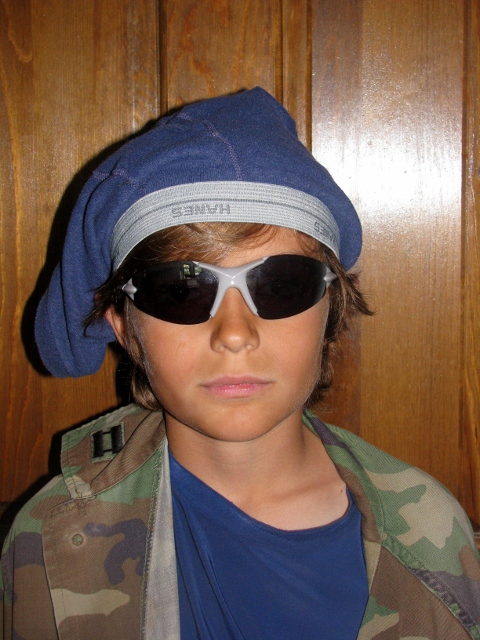 A very cool cat in a hat.  The Underwear Hat.  It’s clean.  And it looks great with sunglasses. 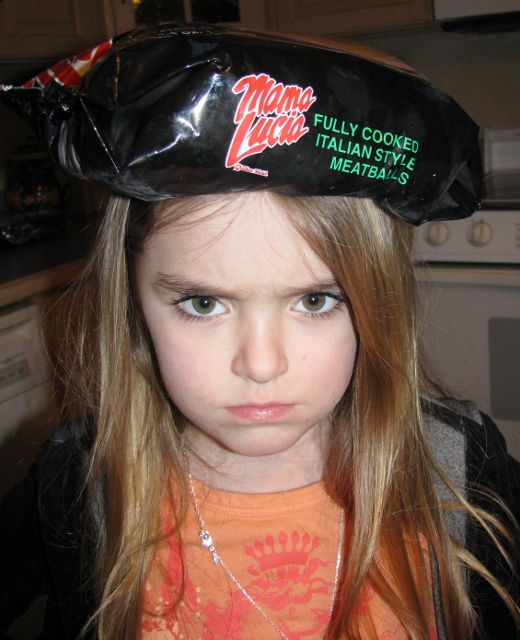 Finally, the Bag-of-Frozen-Meatballs Hat.  Perhaps I put it on her head to cool her off as she looks a bit angry?  Let’s call this one the Mad Hatter. 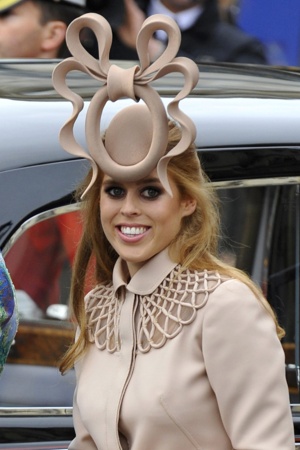 I think we can compete with Princess Beatrice for the top hat!

No, don’t ask me why.  I am their mother and I have no earthly idea why those things are on their heads.  And I took the pictures.

A few of the wardrobe pieces in the photos, such as the Philadelphia Flyers necktie and the headband-that-could-be-a-sleeve, are a mystery to me.  I have no recollection of their origin, their existence, or their demise, but they are no longer with us.  What else goes on around here when I am not paying attention?

If you’re looking for us, we’ll be out back doing the Mexican Hat Dance.  ¡Olé!

Have a hatty day!